We’re going to point up a common item that’s everywhere: a particular brand of power points. PDL. But old PDL. They’re known as the ’60 Series’ because all their part numbers started with 6. Here’s a pic:

Now, these are still perfectly legal if they are existing. BUT… they get dangerous as they get older.

Have a close look at the picture, and notice the greenish brown stuff that’s on the switch. It’s just years of dust and moisture buildup, mixed with the grease that PDL put on the base of that switch rocker way back when it was made. And it conducts electricity – straight to your finger.

Modern outlets have switch modules that separate the front piece (called a dolly) from the contacts inside. The dolly is separated from the electrics by a mechanism with a spring and they make a solid ‘click’ sound as you operate them.

Here’s the same fitting in a safe, modern replacement: 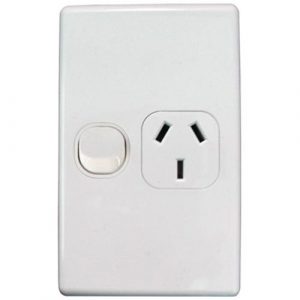 As a bonus, there’s no reason why the single cannot be changed for a double, like this: 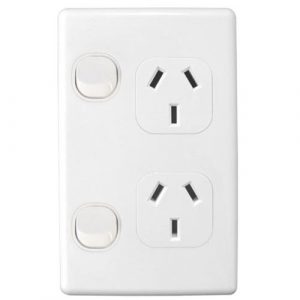 And they’re cheap enough to do the whole house. Contact us and we’ll talk.